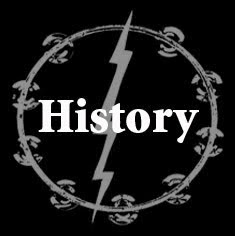 Around 2000 and 2001 I was living in a large wooden warehouse in the Smoketown neighborhood of Louisville Ky. At the time it was rated as one of the worst neighborhoods in America (No.14), although I found it to be very community oriented. Job opportunities were scarce, the infrastructure was crumbling, and the community had little voice to the city government, but everyone knew each other, when there was a problem it was everybody's problem and they came together to try and resolve it. We had a neighborhood association and we worked together to clean up empty lots and abandoned buildings. Despite our efforts Smoketown remains on the Most Dangerous Neighborhood list with the highest rate of unemployment and high school dropout rates in the city, and a one out of 9 chance of being a victim of violent crime (rape, murder, or assault) as opposed to one out 115 chance in the rest of the city. Meanwhile two other marginalized neighborhoods, Butchertown and Portland, are being systematically gentrified by those with money taking advantage of low real estate prices and a community without support or a platform to voice their concerns.   Smoketown will surely be next.
But living in that warehouse in Smoketown, we had many music events and art shows, and something happened. Our warehouse became a meeting place, when someone in the community needed help, a place to stay, or just needed to socialize, they came to our place. This is when I realized they music events helped create a community, and our warehouse was the meeting point, or church if you will.
This is when I first began thinking of a church idea that worked as a community to look out for one another, help each other, and actively try and change the social structure for the betterment of everyone.
Jimi Hendrix thought that music could be a conduit for a spiritual event and called this  'Electric Church.' And today this idea has manifested in communities and online. The Official website for The Electric Church says "Electric Church is somewhere somebody can go no matter what their background is."
Back to the early 2000's at the warehouse, one of the bands that played there a lot was Starkiller, lead by psychedelic musician Dominic Cipolla (now living in New York playing with The Phantom Family Halo). Dominic continued this idea of the Electric Church in many of his songs, making it more of a communal idea rather than a solo emotion achieved by listening to music.      I took the ideas and name from Hendrix and Cipolla and added 'of the tambourine' as tambourines to me bring images of joyful congregants. A tambourine can be played by one person or with many people together.
Today, some 15 years later, we are just really getting started in making The Electric Church of the Tambourine a cohesive community of people ready to make the world more equal and just for all, and we hope you will join us. 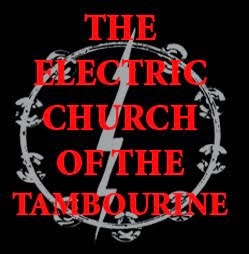